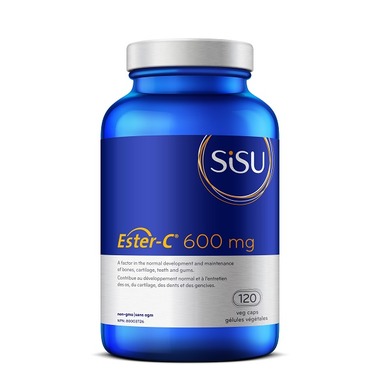 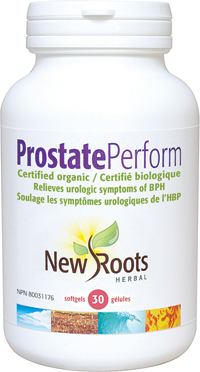 Adults: Take 1 softgel twice daily or as directed by your health-care practitioner.

Adults: Take 1 softgel twice daily or as directed by your health-care practitioner.

Fish oil is probably the most important dietary source of omega-3 fatty acids, which are vital nutrients. Omega-3 fatty acids are one type of essential fatty acids, special fats that the body needs as much as it needs vitamins. Much of the research into the potential therapeutic benefits of omega-3 fatty acids began when studies of the Inuit people found that, although their diets contain an enormous amount of fat from fish, seals, and whales, they seldom suffer heart attacks or develop rheumatoid arthritis; this is presumably because those sources of fat are very high in omega-3 fatty acids.

These fatty acids reduce inflammation, protect against the abnormal clotting associated with heart attacks, and possibly inhibit cancer. These omega-3 fatty acids differ structurally from omega-6 fatty acids. Evidence from studies show that omega-3 fatty acids may reduce the chances of getting atherosclerosis, rheumatoid arthritis, migraine headaches, and other heart and inflammatory diseases.

A study suggests that fish oil can be very helpful for bipolar disease, more commonly known as manic-depressive disorder. More research is needed, but this appears to be a potential breakthrough for this devastating illness, whose conventional treatments cause many side effects.

We do know that fish oil can lower serum triglycerides. Like cholesterol, triglycerides are a type of fat in the blood that tends to damage the arteries, leading to heart disease. Reducing triglyceride levels should help prevent heart disease to some extent. Fish oil also appears to modestly raise the levels of HDL (“good”) cholesterol. Additionally, it may help the heart by “thinning” the blood and by reducing blood levels of homocysteine. Blood clots play a major role in heart attacks, and homocysteine is an amino acid that appears to raise the risk of heart disease.

A further benefit shown from the consumption of fish oil is in the production of eicosanoid compounds; these compounds regulate the communication between cells. The species of eicosanoid produced from omega-3 fatty acids, as opposed to omega-6 fatty acids, seem to better regulate immunological responses, such as the body tissues’ response to injury or disease. There may be other benefits, too: A 1992 study in the journal The Lancet suggests that omega-3 fatty acids prolong pregnancy by a few days and improve birth weights.

Fish oil appears to be safe. The most common complaint is fishy burps. Fish oil should not be combined with powerful blood-thinning medications, such as coumadin (warfarin) or heparin, except on the advice of your health-care practitioner. 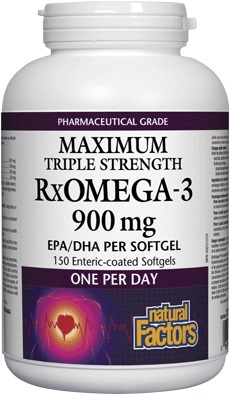 RxOmega-3 Maximum Triple Strength offers a high potency of omega-3 EFAs in a convenient one-a-day softgel. Daily consumption of omega-3 EFAs is essential for the health of the cardiovascular system, nervous system, joints, and for the prevention of a variety of chronic health problems.

Recommended Dosage: 1 softgel daily or as directed by a health care practitioner. 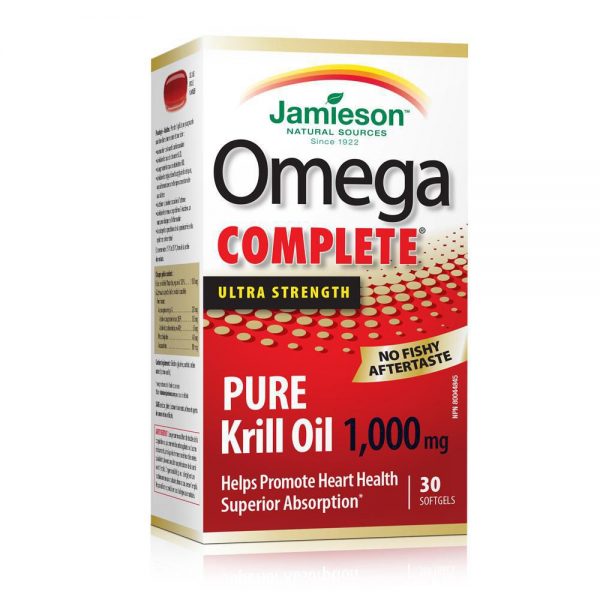 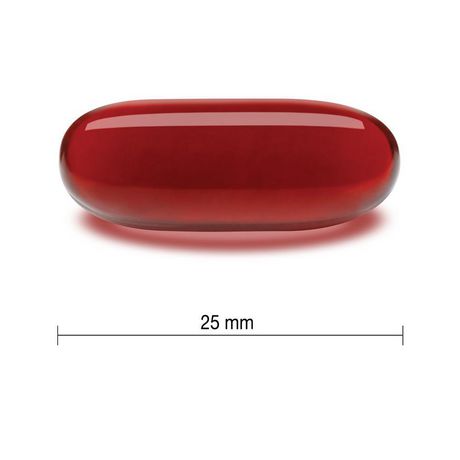 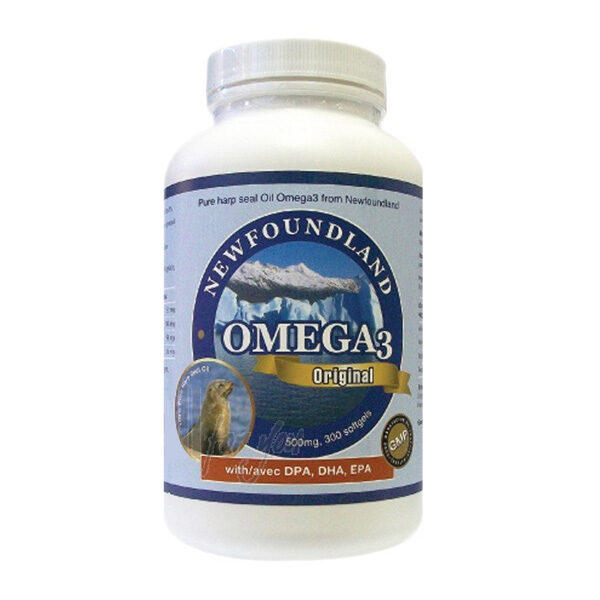 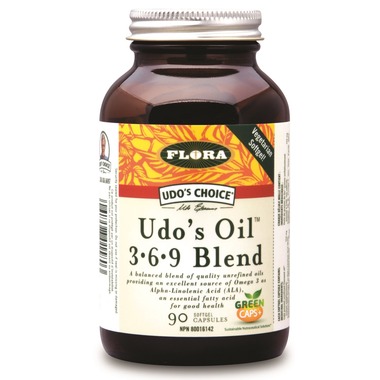 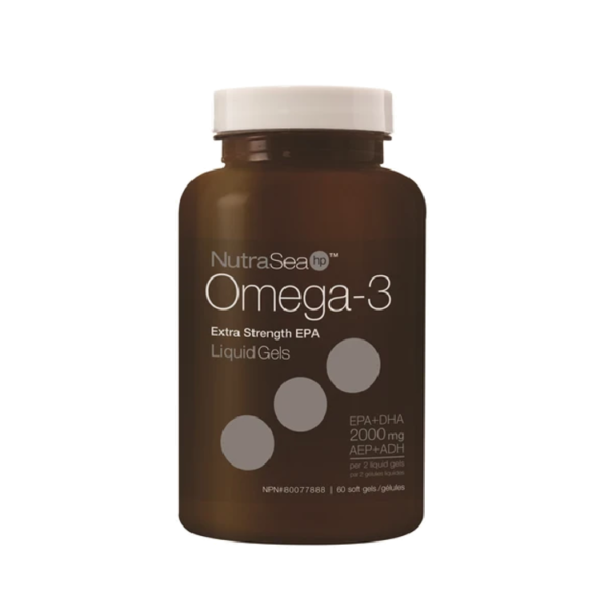 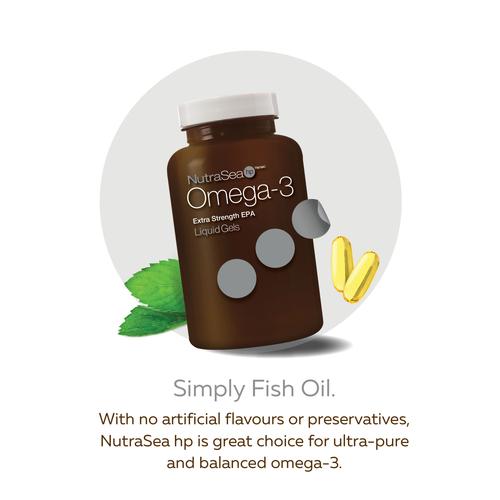 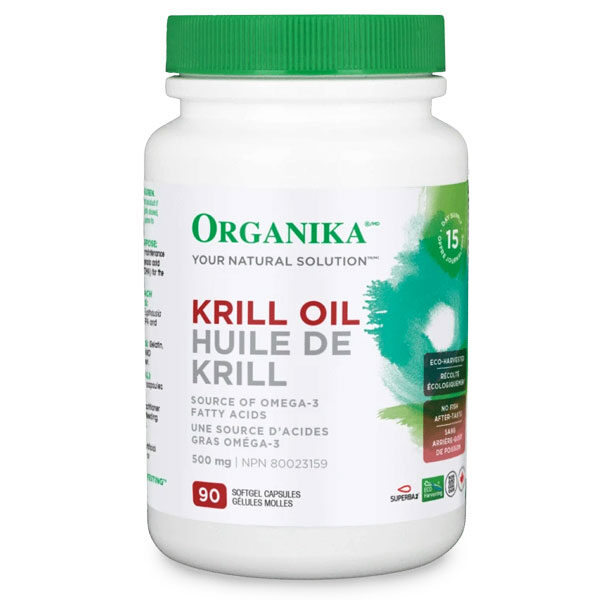 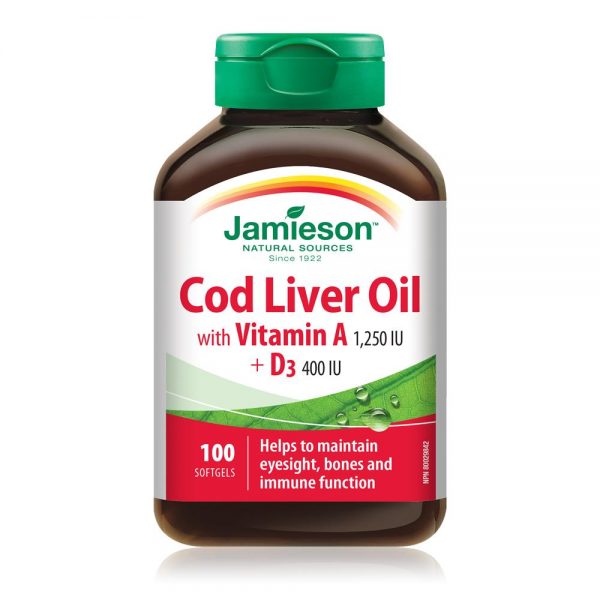 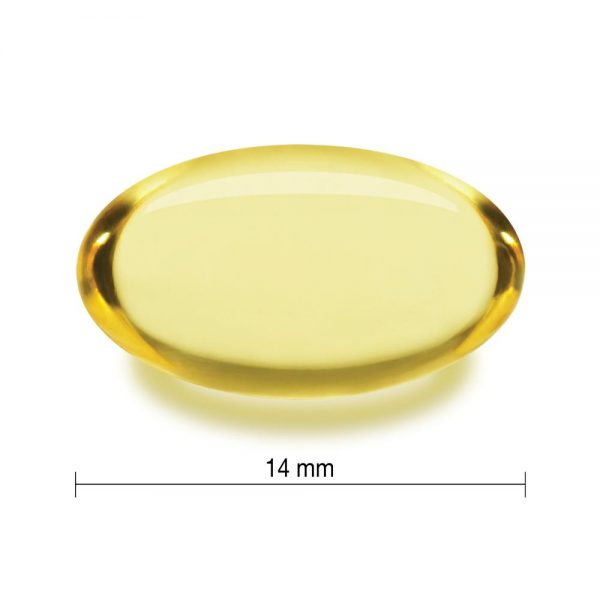 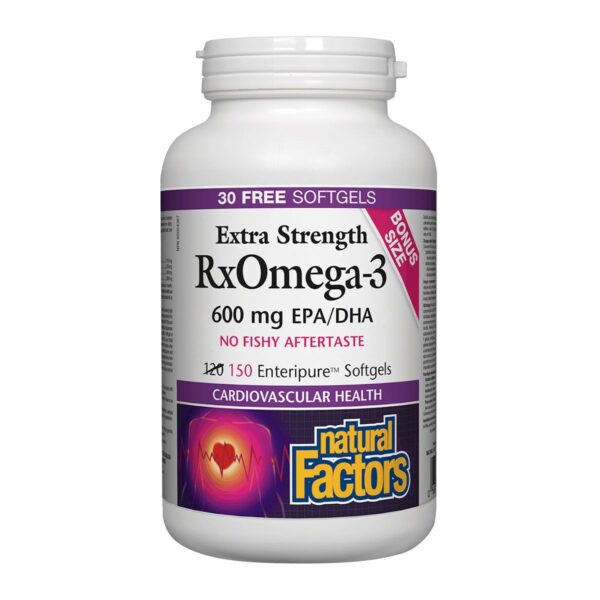 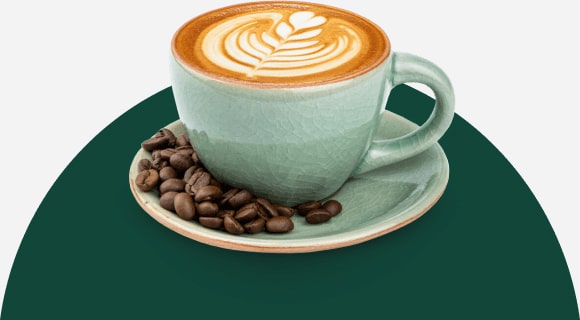